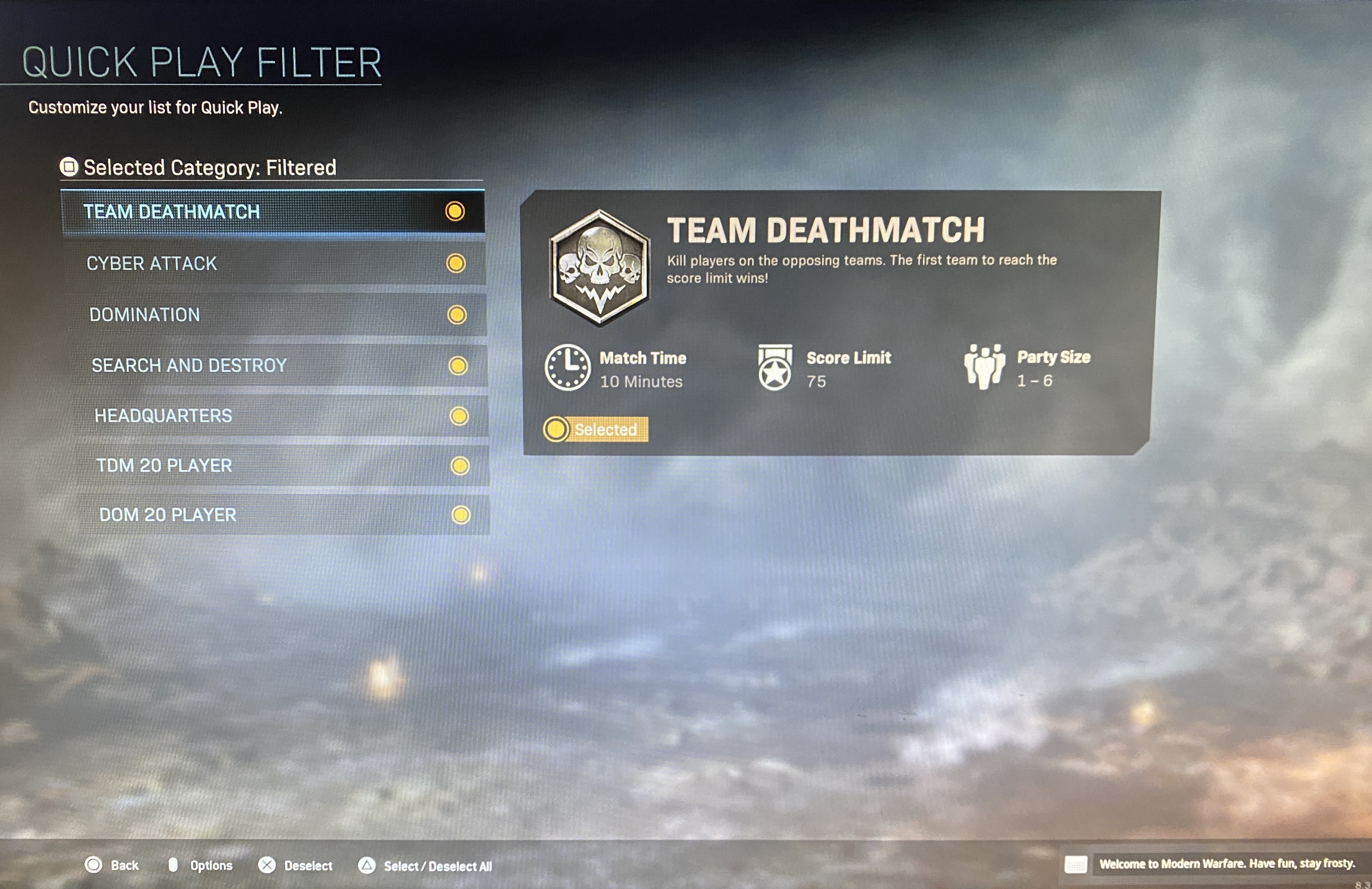 Infinity Ward has released a new playlist update for Call of Duty: Modern Warfare on October 27 with a few changes to the Quick Play filter in MP.

Players have been asking for the ability to separate between 6v6 and 10v10 modes in the game, and it looks like Infinity Ward is responding to that in this update.

The Quick Play filter in the game now has been updated to have “TDM 20 Player” and “DOM 20 Player” so that players who don’t want to play 10v10 can uncheck those and be placed only in 6v6 modes and maps.

It’s not clear if this filter selection will stay permanently or just temporary update, but it’s nice to see Infinity Ward responding and providing changes that fans have been asking for.