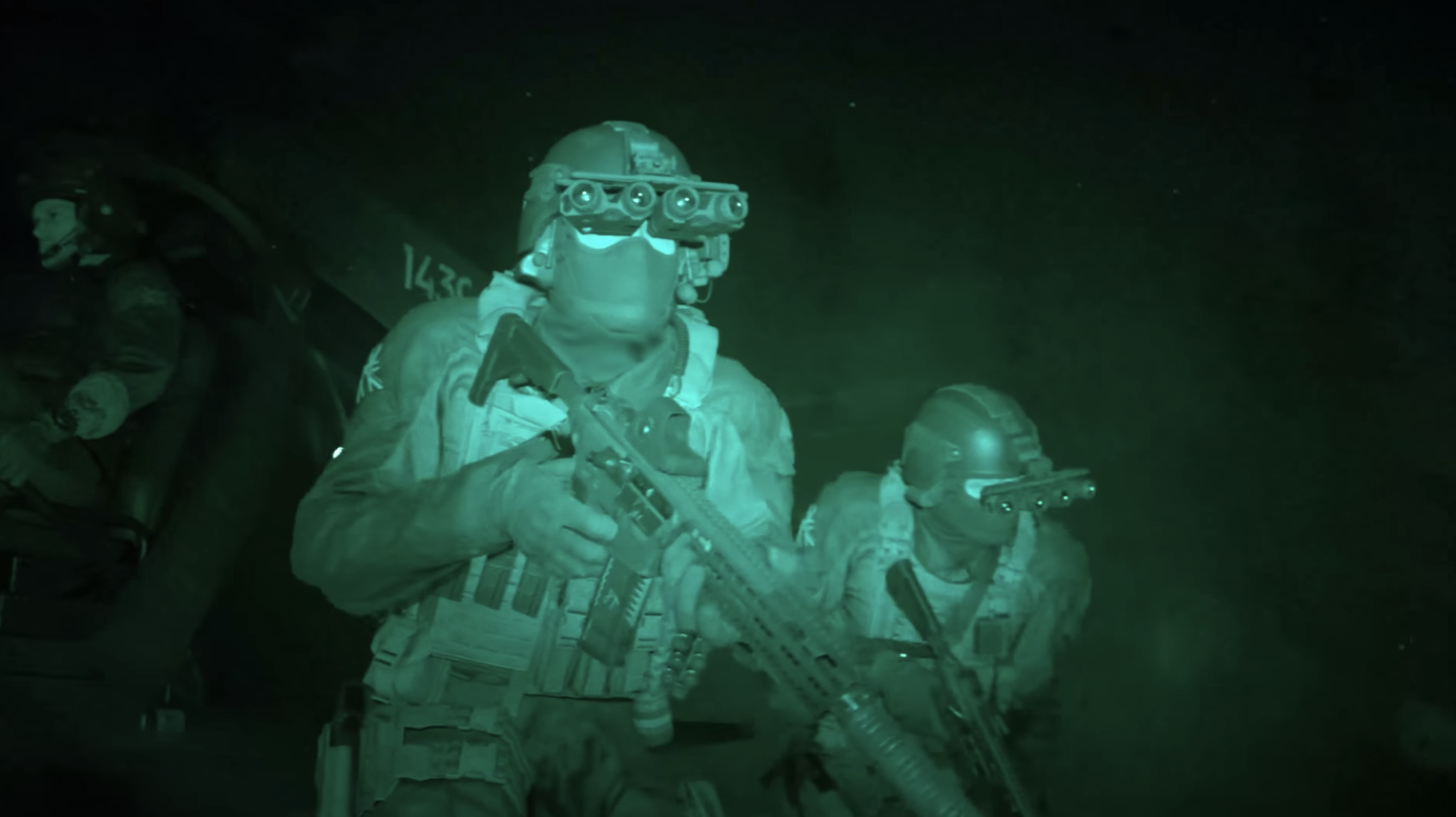 Back in late May when we went to Infinity Ward to check out an early look at Call of Duty: Modern Warfare, one of the immediate shocks behind the game was how real it was and how emotional the story missions will be — bringing a new level of realism to this franchise for the first time since No Russian back in 2009 in Call of Duty: Modern Warfare 2.

One out of the two missions we saw was a flashback mission as players are taught why Farah becomes a rebel fighter and why her life was completely changed because of events in her childhood. During this specific mission, the players will play as Farah, and we’ve got a full description of the missions here in case you missed.

One aspect of this mission which was very disturbing during the studio visit was that when Farah and her brother are navigating the area in stealth, you overhear Russian soldiers taking out civilians on the ground that are unable to move because of nerve gas. However, at one point, there’s a Russian soldier that says to round up the women and children because their boss “likes the young ones.”

Now, Kotaku is reporting that at E3 Activision PR told them that the line is being removed from the game, a change to a scene just a few weeks after we got to see it. Activision made no indication to us that specific line was being removed during our visit, but they were candidate in discussing that they are still figuring out many aspects of the engagement in this game and how far they want to take certain aspects. It’s a fine line that Infinity Ward is walking with this game. Activision at E3 2019 is showcasing gameplay demos of Call of Duty: Modern Warfare’s campaign missions behind closed doors only. This could be a reason why gameplay is not shown to the public yet.

Kotaku even asked Infinity Ward developers about the “likes the young ones” lines, and got this response from the game’s Campaign Director, Jacob Minkoff:

“Part of the reality of war is that there are people who face unpleasant events, and there is a portion—I’m really trying to work around spoilers—but what we don’t want to shy away from is the realities that some people face in war,” Minkoff said. “And some of those things are touched upon in the storyline. All I can tell you is that, as with every case, we have many consultants on staff.”

Activision PR told Kotaku at their behind closed door sessions that Infinity Ward is removing that line from the game, and that specific line was reportedly meant to be foreshadowing a scene that was coming up later in the campaign, but that scene has also been removed from the game.

With how real and emotional this story is taking Call of Duty, Infinity Ward will have to be careful navigating a fine line of realism and how far disturbing they are trying to go. My impressions of this game also discussed this back during the reveal, as this game is coming into a world where politics is in a tricky place, and Call of Duty: Modern Warfare is one wrong line away from making headlines in a bad way.