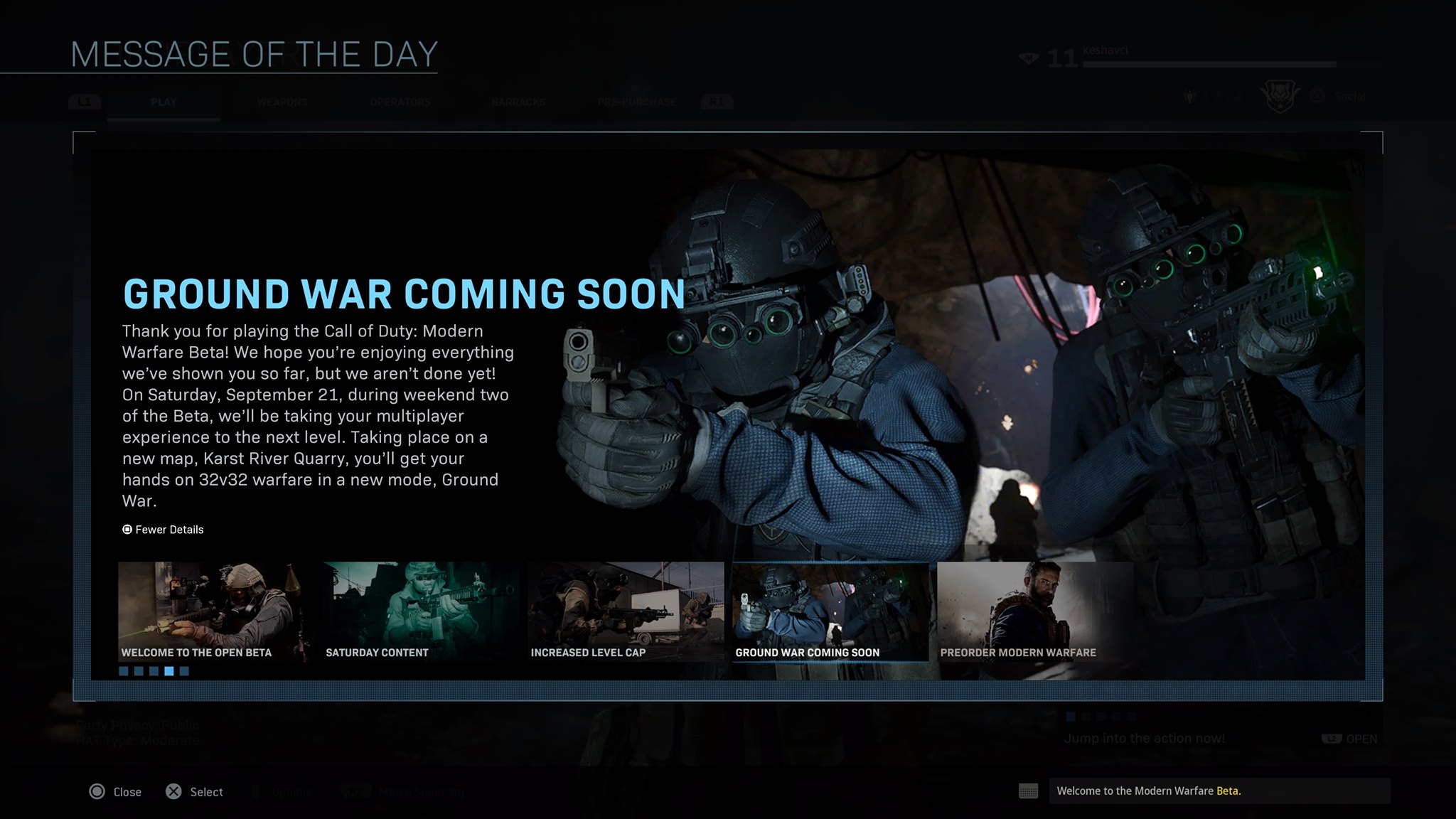 Infinity Ward has updated the message of the day in the Call of Duty: Modern Warfare PS4 Open Beta to reveal when fans can expect the new Ground War mode in the Beta.

The in-game message of the day has stated that the new 32v32 Ground War mode will be added to the beta on Saturday, September 21. The mode will be played on a map called Karst River Quarry, which we actually got a sneak peek of early through the Beta menus.

“Thank you for playing the Call of Duty: Modern Warfare Beta! We hope you’re enjoying everything we’ve shown you so far, but we aren’t done yet! On Saturday, September 21, during weekend two of the Beta, we’ll be taking your multiplayer experience to the next level. Taking place on a new map, Karst River Quarry, you’ll get your hands on 32v32 warfare in a new mode, Ground War.”

We have yet to officially see gameplay of the new Ground War mode, but press sites like GameInformer have shared their impressions of it stating it’s a combination of large scale Battlefield style maps but with Call of Duty gameplay.

The Ground War mode features vehicles on the map, alongside Killstreaks to still earn and use.