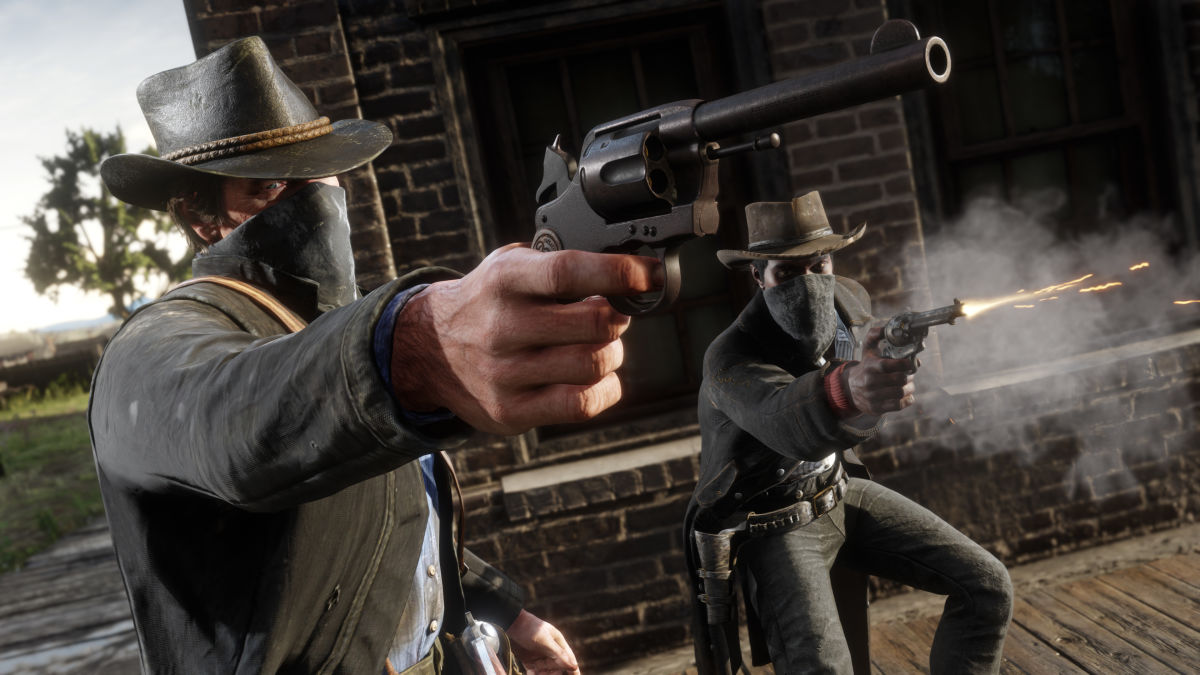 Earlier today, I was reading over the PC hardware specifications for the upcoming Call of Duty: Modern Warfare and, when I reached the hard drive space requirement, did a double-take. 175 GB. For one game. My hard drive currently has less than half that space free for all games. And Modern Warfare is far from alone in its Galactus-like hunger for hard drive space.

The PC version of Red Dead Redemption 2, for example, will not stop until it has callously conquered 150 GB of your PC’s storage. This continues an upward trend seen in other recent heavyweight kingpins like the PC versions of Gears of War 4, Gears 5, Halo 5, and Final Fantasy XV, all of which clock in at over 100 GB when you add high-res texture packs (the latter even without improved textures). PC gaming has always been characterized by a little extra pain in the name of optimal pleasure, but this is reaching preposterously bonkers proportions.

Activision, at least, has an explanation for why its game plans on spreading out its legs and taking up three whole seats of hard drive space.

“175 GB is the storage space we recommend players keep available in order to download the post-launch content we’ll be bringing to Modern Warfare,” the publisher said in a blog post. “At launch, the initial download will be smaller.”

So far, however, Rockstar has not said anything along those lines, meaning that Red Dead Redemption 2 will likely cause hard drives the world over to squeal like hogtied pigs on which somebody tried to install a large video game.

That’s a pain! I don’t just use my hard drive for games, but also other things like videos and images I download and then forget to delete. I should have the freedom to be at least a little bit negligent and irresponsible, darn it! As is, however, I expect that it will not be long until I have to delete myself in order to make room for the PC version of the latest, greatest big-budget hit. I fear that day. I am not ready for the cold blackness of the recycle bin.

There’s a reason for this endless ballooning: As outlined by PC Gamer in a 2018 investigation, textures keep getting more complex and, therefore, bigger, and there’s not a practical way to compress them sans loss of fidelity in the same way there is for, say, audio.

Unlike on consoles, PC games aren’t as constrained by disc space, either, so developers can go a little wilder with how much space games take up. So yeah, Modern Warfare and Red Dead Redemption 2 will probably look best on PC, but you might want to do some spring (fall?) cleaning before you buy them. Or you can just be like me, continue treating your hard drive like your messy bedroom, and resign yourself to only installing one game at a time. Also, the embrace of the void.