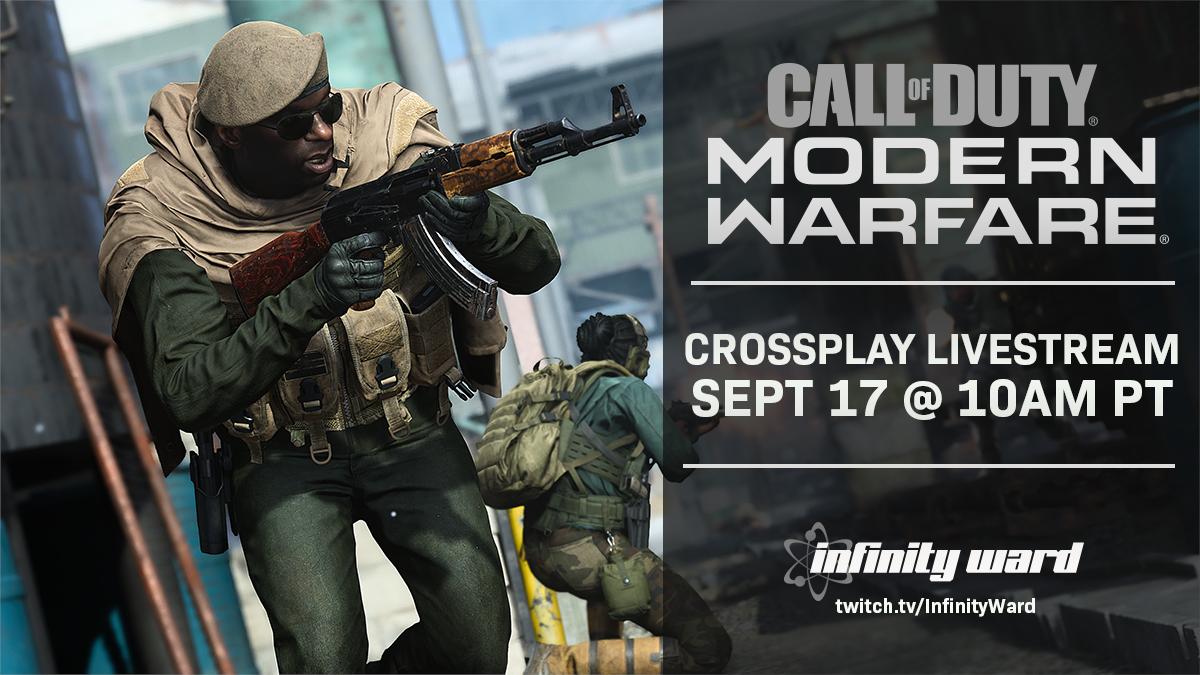 Infinity Ward has announced a studio live stream to talk about what’s happening during Weekend 2 of the Call of Duty: Modern Warfare Beta.

The studio live stream will begin at 10AM PT / 1PM ET and give fans first details on how Cross Play will work in Call of Duty: Modern Warfare, news on what content is coming during Weekend 2 of the Cross Play beta, and more.

join us tomorrow, September 17th, for our first official livestream for Modern Warfare where we’ll be sharing details about crossplay, what’s coming up in weekend two of the Beta, and more!

In addition, developer Infinity Ward has a Crossplay Livestream scheduled for 10AM PDT on Tuesday, September 17, where you’ll discover a great deal more about how Crossplay works.

You can watch the stream on Infinity Ward’s Twitch Channel, embedded below: