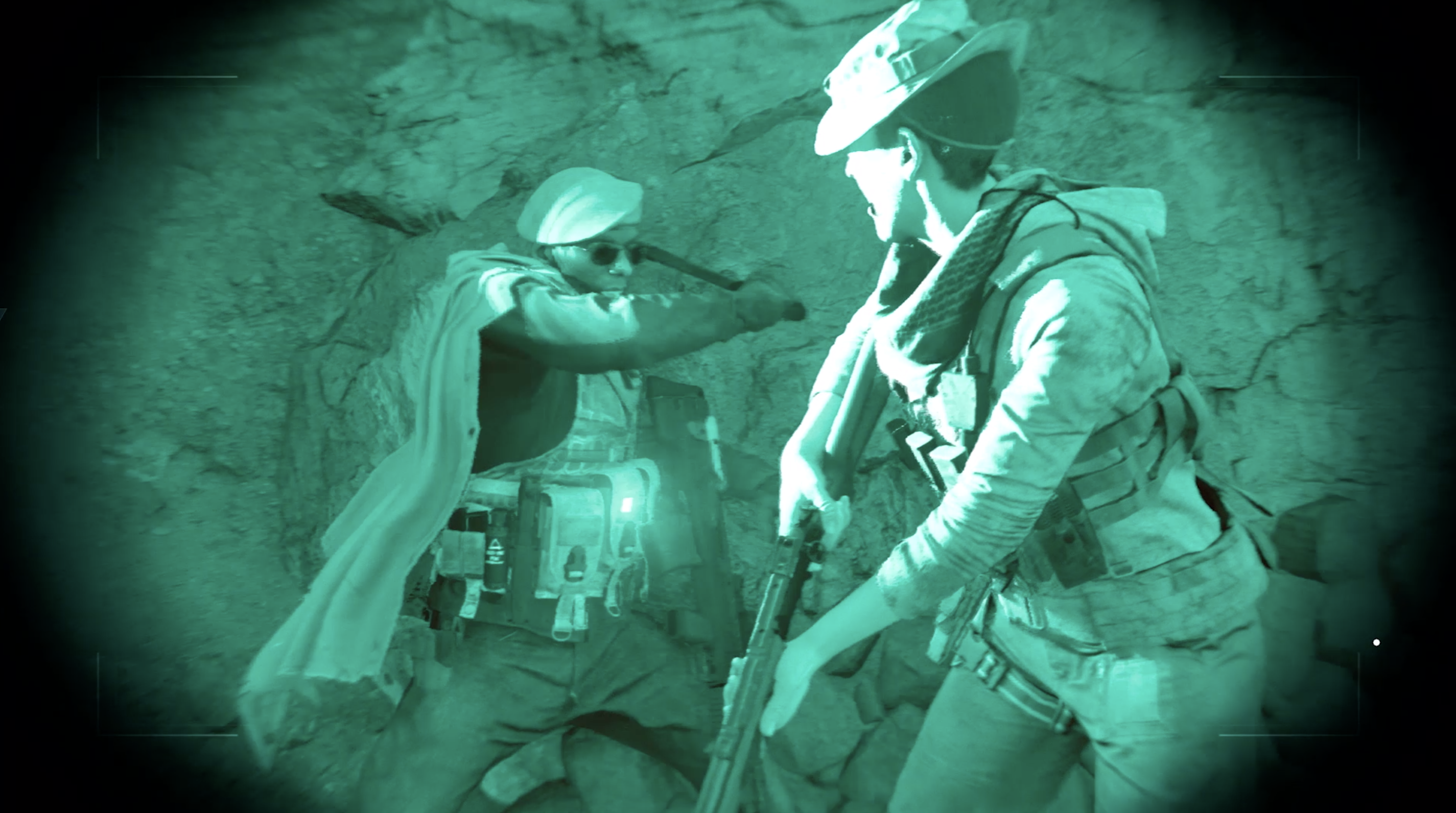 When the first gameplay from the Realism TDM on Night maps was shown for Call of Duty: Modern Warfare, many fans noticed that when viewing other characters, you could not technically see their NVGs on the face of the models.

The characters just appeared as having nothing on — as shown in the image above.

Fans shared their feedback and thoughts on this on Reddit after gameplay was shown and asked Infinity Ward if it will be possible to actually showcase the NVGs on Operator models in game.

Infinity Ward’s Art Director Joel Emslie has now stated that the team was able to add this feature in. The NVG models will even flip up and down when it’s on or off the character.

Following up on this because it was being called out by many of you. We didn‘t want to comment because we weren‘t sure if it would work but…Joe Cecot and Chris George crushed this and now we have NODs/NVGs on all the operators in MP. Looks really REALLY cool:)……and because these guys are over achievers they flip up and down. Not sure if it will make it into the Beta or not but will be there on ship.

He did note that it may not be available in the Beta for Call of Duty: Modern Warfare, but it will be ready in-game when the game launches on October 25.