In rebooting Call of Duty: Modern Warfare, developer Infinity Ward has changed a lot of about the franchise’s formula. The game adds new equipment to your loadout, offers new abilities like reloading while aiming down sights, and allows for new strategies thanks to its different take on map design. It also makes some changes to how its weapons work in multiplayer, allowing you to add attachments to your guns that change how they handle.

Like past Call of Duty games, Modern Warfare includes a slate of “perks” you can add to your loadout that give you different abilities. Some will fill up your killstreaks a little faster, while others will make you tougher for enemy technology to spot you. But perks work a little differently in Modern Warfare. They’re not just specific to your character loadout, they can also be added to your weapons, as well. Here’s what you need to know about how perks work in Modern Warfare, and how to make the most of them.

Perks On Your Loadout

Your main group of perks come as part of your character loadout. As in past games, you get three of them, each with a different thematic drive. Some affect how fast you move or how quickly you can ready your weapons; others change how enemies can see you or how you’re affected by their equipment. Combining the perks for different situations can help you make the game fit your playstyle and give you an edge against an opponent under the right circumstances. 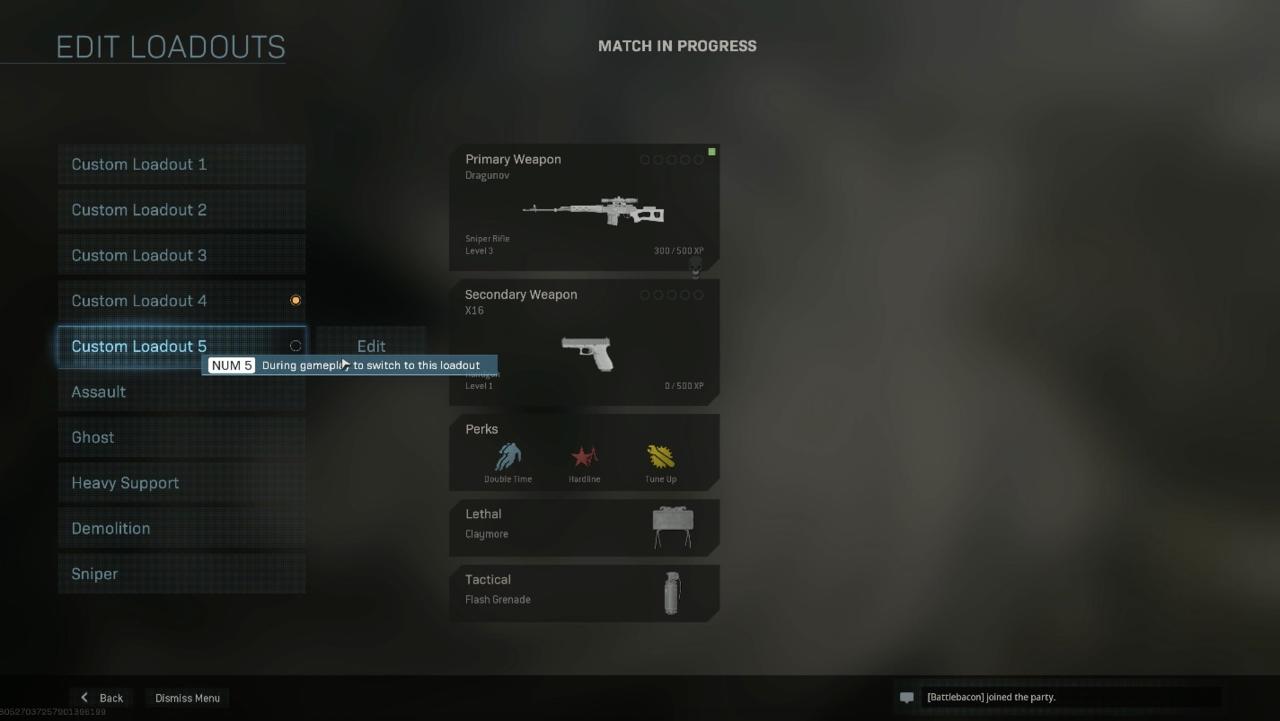 Modern Warfare also lets you edit your loadouts mid-match, so you can make adjustments to your perk choices as the situation dictates. If your enemy is using a lot of UAVs, you can switch to a perk that makes you invisible to enemy radar, for example. In general, you don’t want to just pick a set of perks and forget about them–try to adjust your perks to give yourself advantages and abilities to deal with whatever you’re dealing with in a given match.

Perks On Your Guns

Modern Warfare uses a similar system to past Call of Duty games, in that you don’t just level up your overall character to unlock new guns, equipment, and perks as you play, you also rank up your individual guns as you use them. Experience earned with a particular weapon unlocks new attachments for that gun, which can change the way it handles–a scope increases a weapon’s range while making it heavier and therefore slower to wield, while a different stock might speed up how quickly you can move around while aiming.

Guns also have perks of their own you can unlock, independent from your loadout perks, and specific to each weapon. Unlike attachments, each of which has pros and cons when you add it to a weapon, perks are slight boosts to your weapon that can give you a particular edge. For instance, one perk gives your gun more bullet penetration, allowing you to do more damage to players you shoot through cover. Perks don’t drastically change a weapon’s capabilities or damage, but like attachments, they can change how a gun works to make it better fit your playstyle. You can add one perk to a gun, so you’ll have to choose wisely–and adding a perk counts as an attachment, which means you’ll have one less slot for things like magazines, barrel attachments, and sights.

Spend some time considering which perks work best with your playstyle on a particular weapon. As with loadout perks, you can change your gun attachments in your loadout at any time during a match, and that goes for your gun’s perk, too. Adjusting to the situation is key to victory in Modern Warfare, and with perks on both your character and your weapons, you have a lot of customization options that, if used well, can help you excel over the opposition.