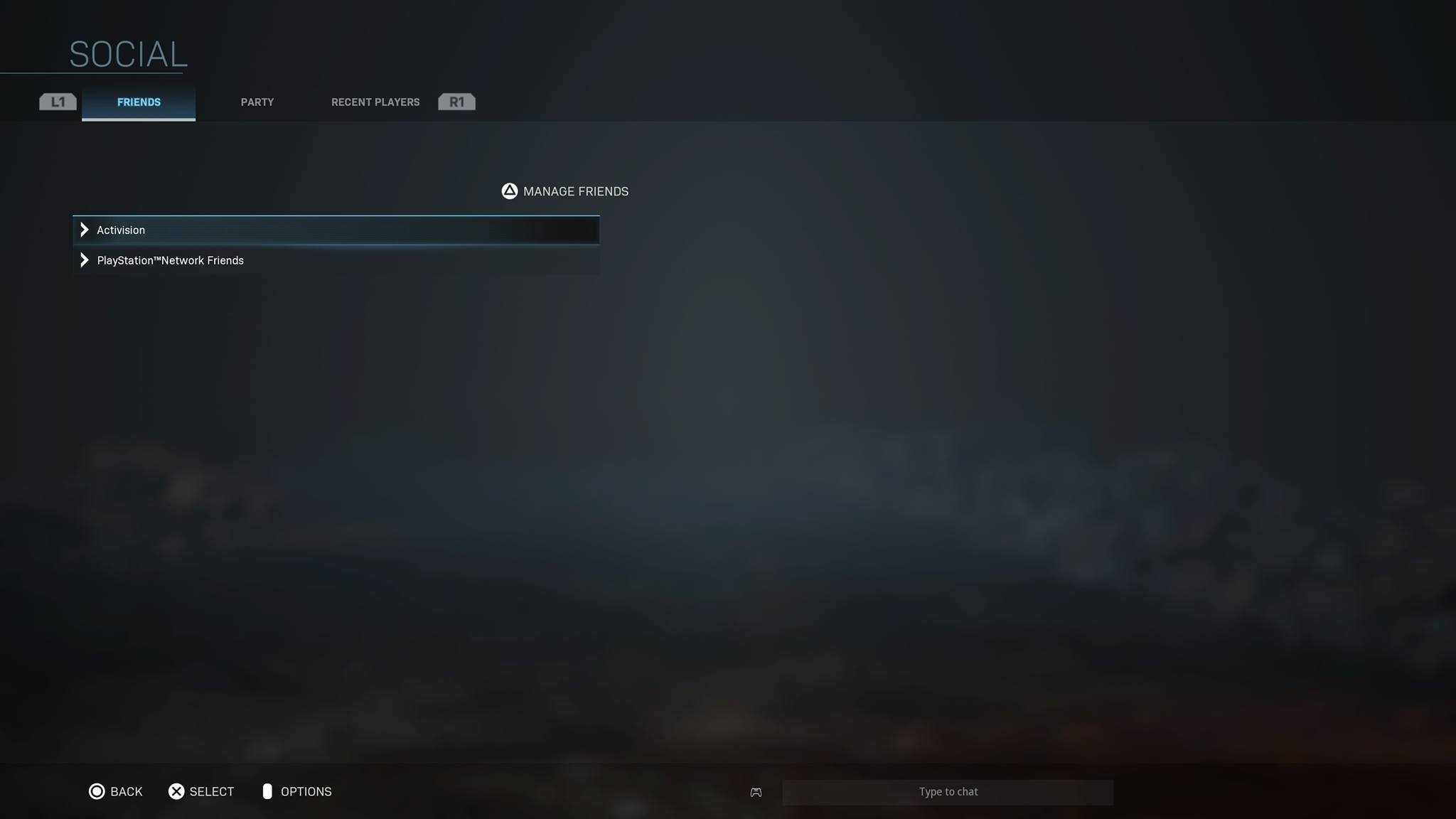 Although the Call of Duty: Modern Warfare Open 2v2 Alpha is only available on PlayStation 4, the friends list selection screen gives fans a first look as to how Infinity Ward will incorporate cross play friends for the game.

In the Social tab on the Friends list page (which can be accessed by pressing Triangle), players can see two separate friends list: their PlayStation™Network Friends and Activision.

The Activision tab, which currently shows nothing for us, will most likely will be way players can add their friends across platforms to invite them to their game regardless of their platform.

Players will most likely have to add friends to their Call of Duty website account if they’re on a different platform in order to invite them — similar to other popular games that support Cross Play, including Fortnite, which requires users to add friends on Epic Games Account in order to play Cross Play.